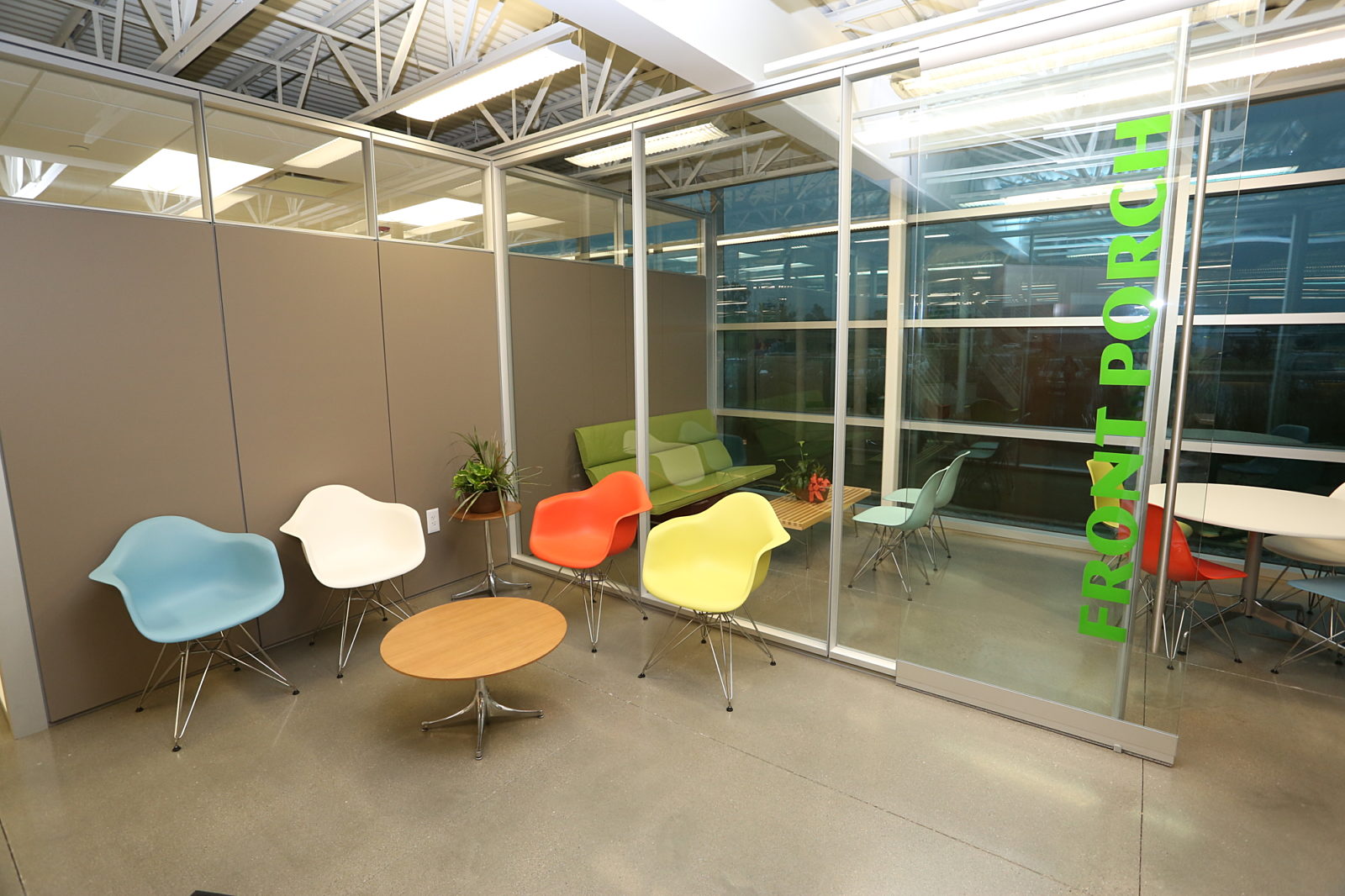 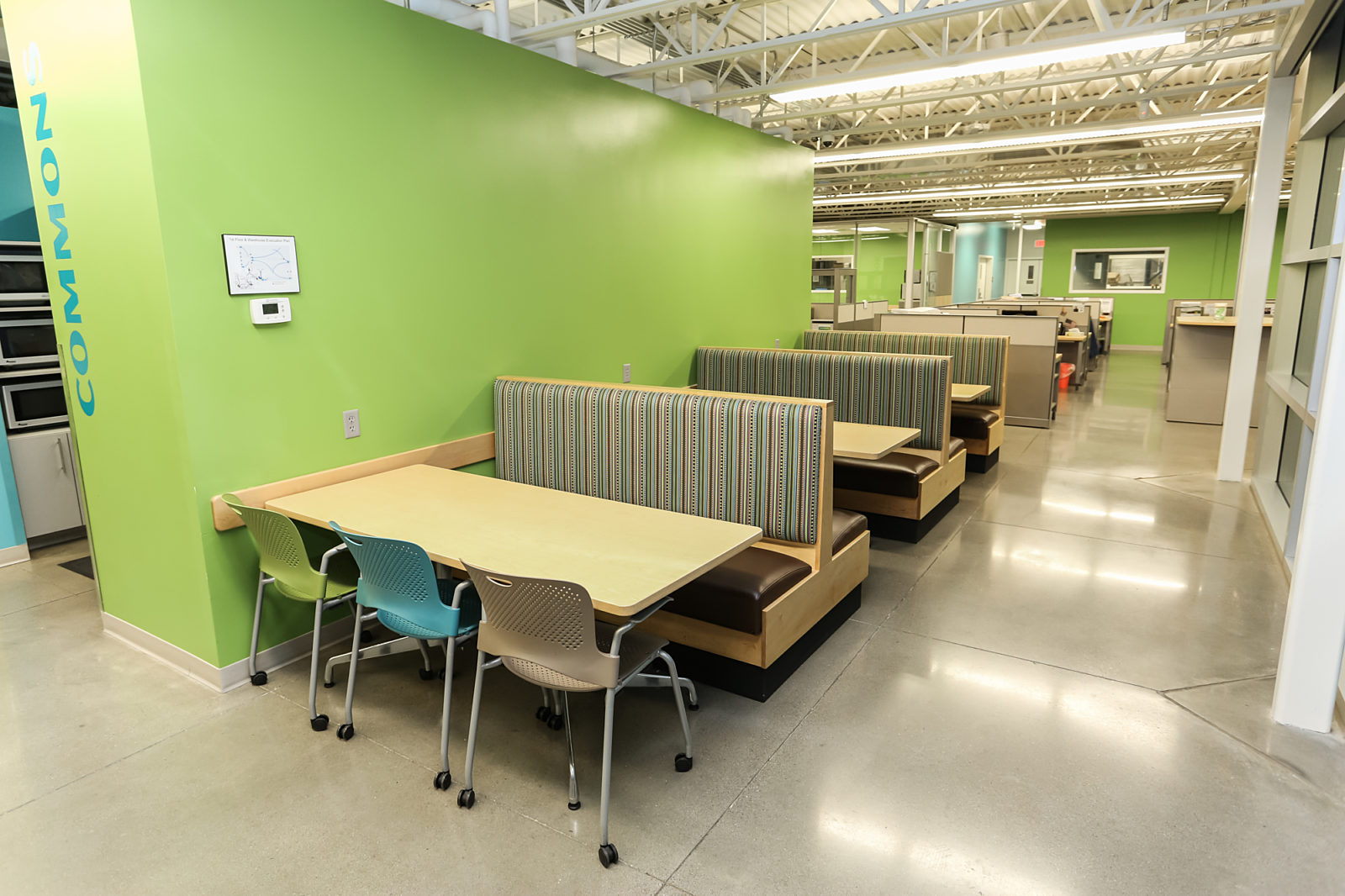 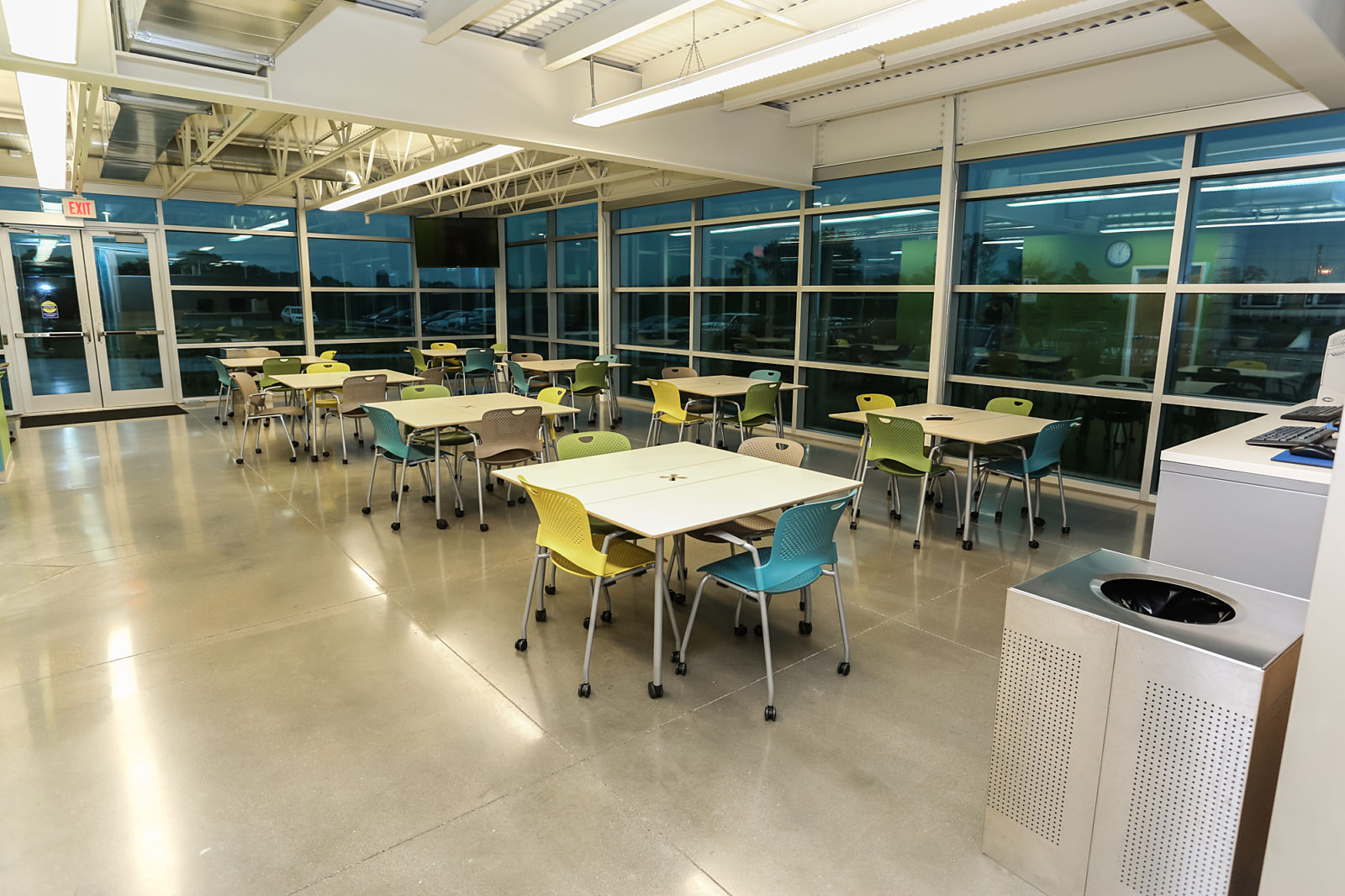 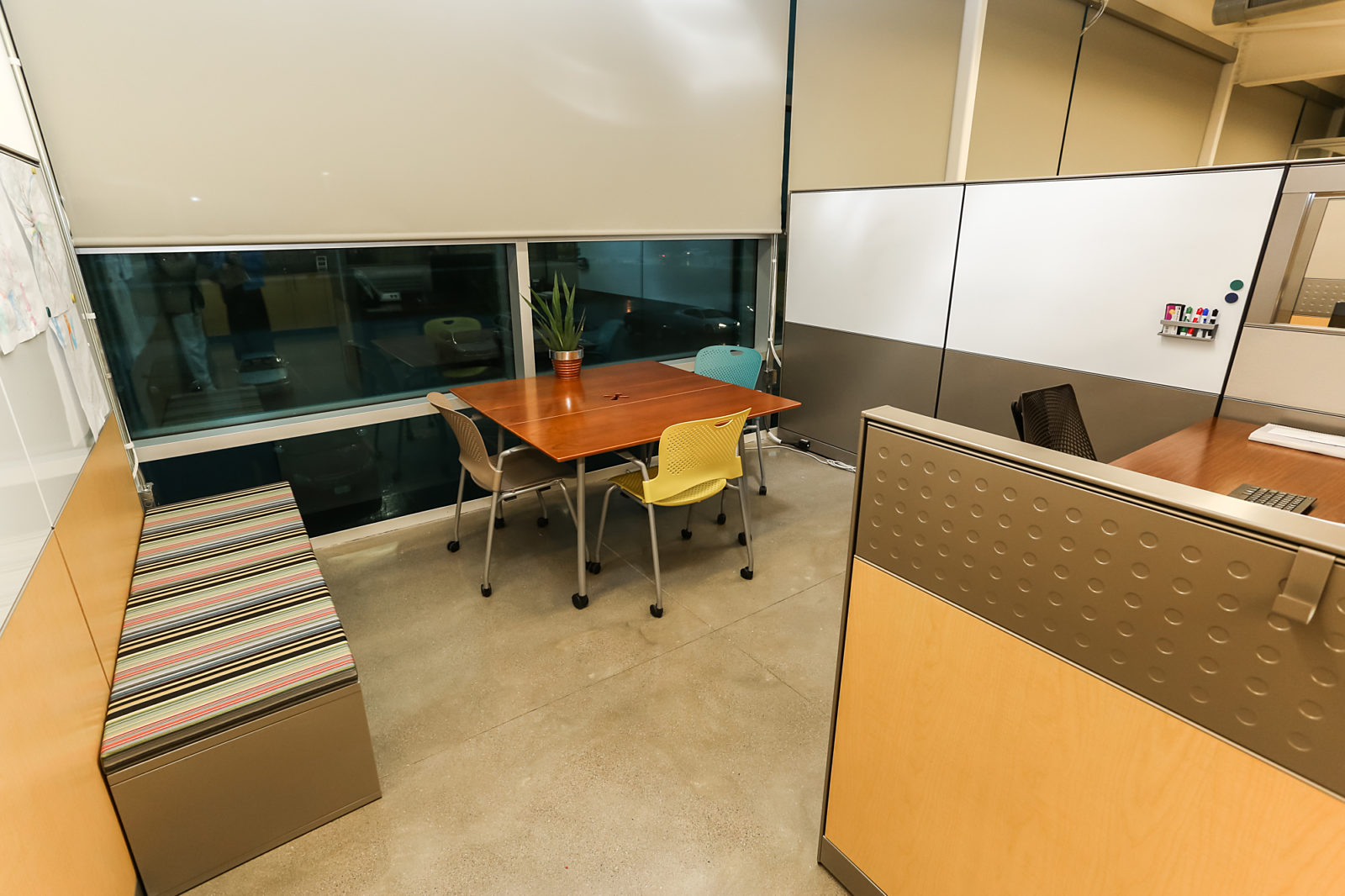 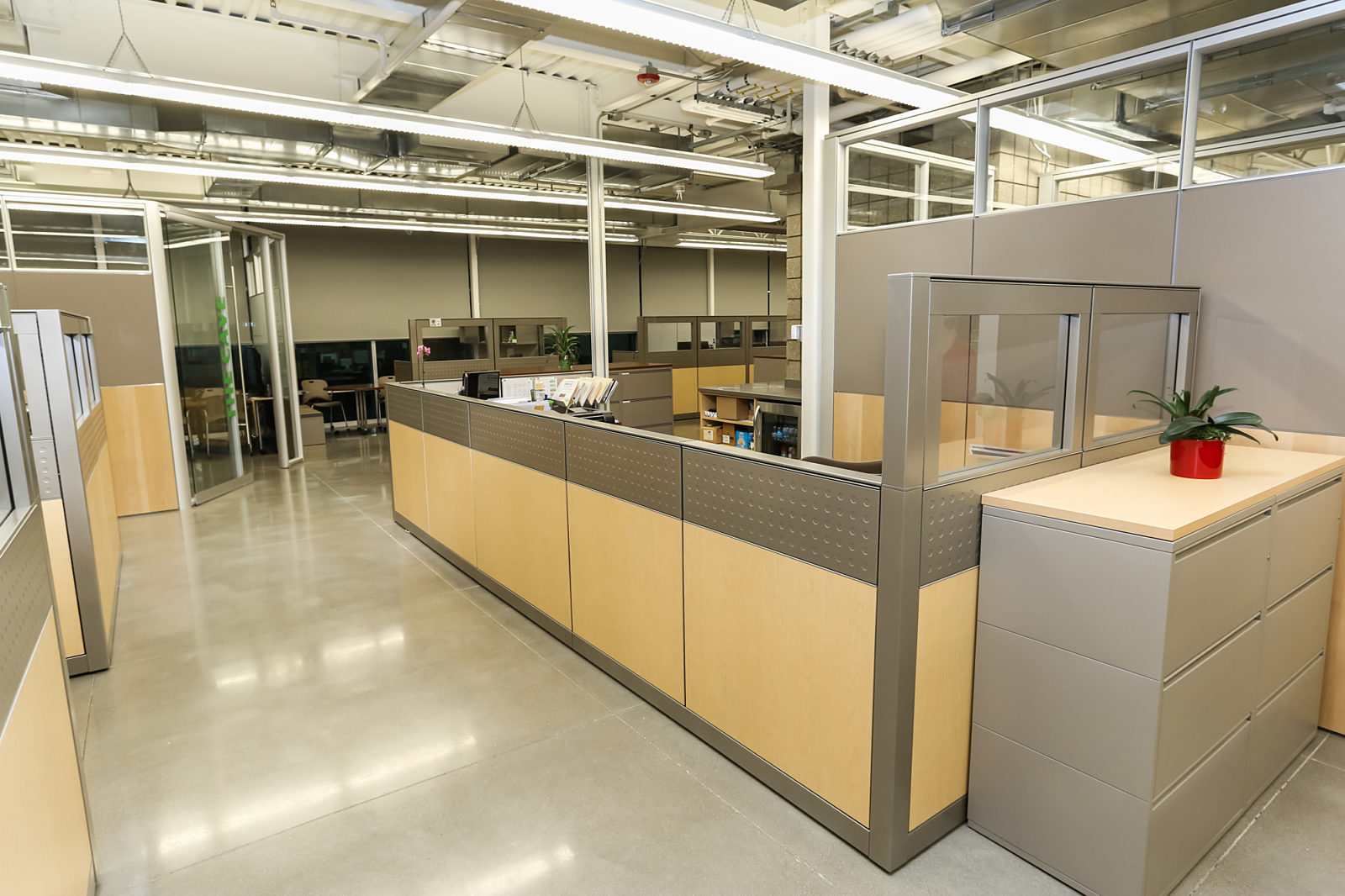 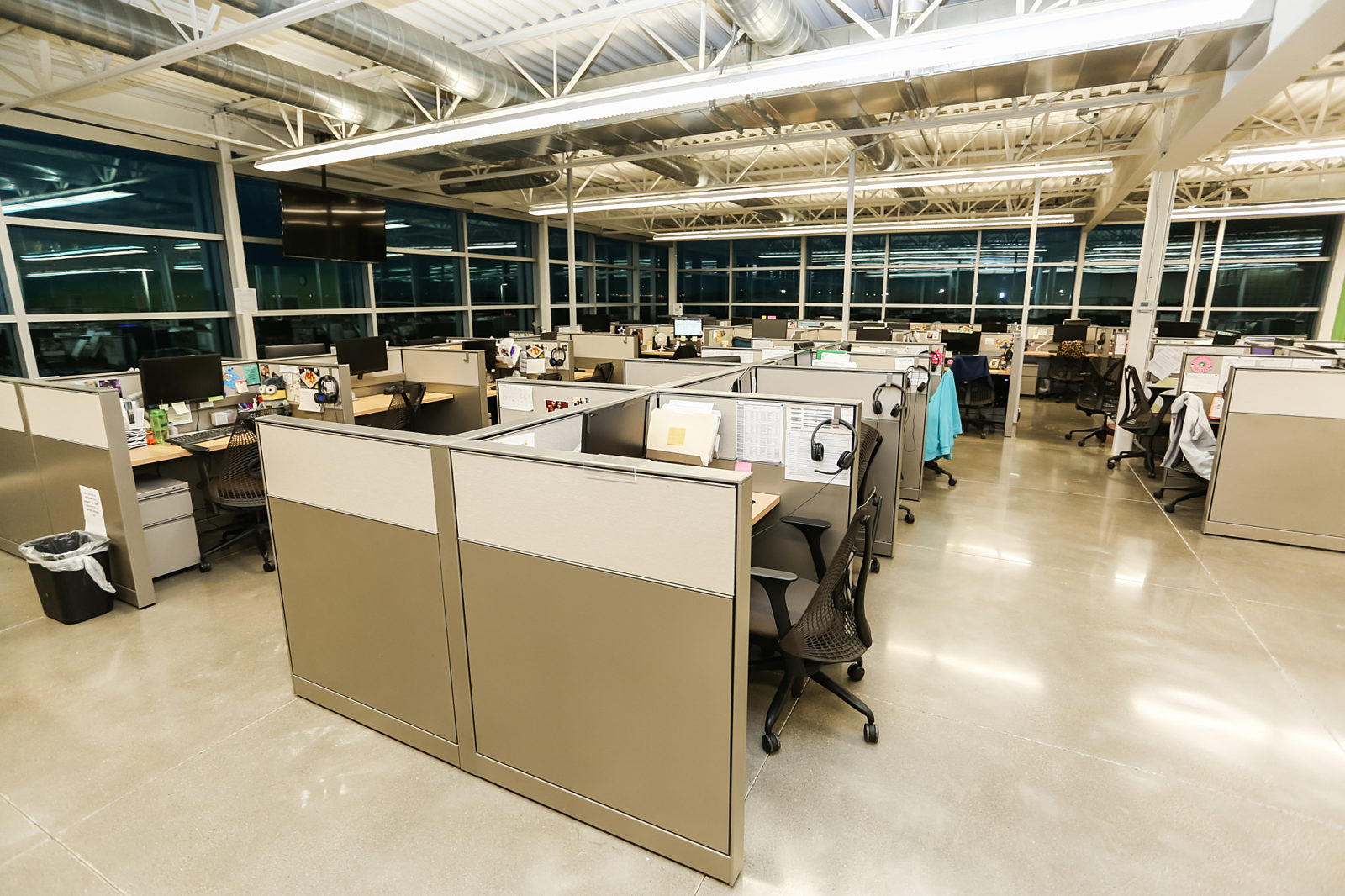 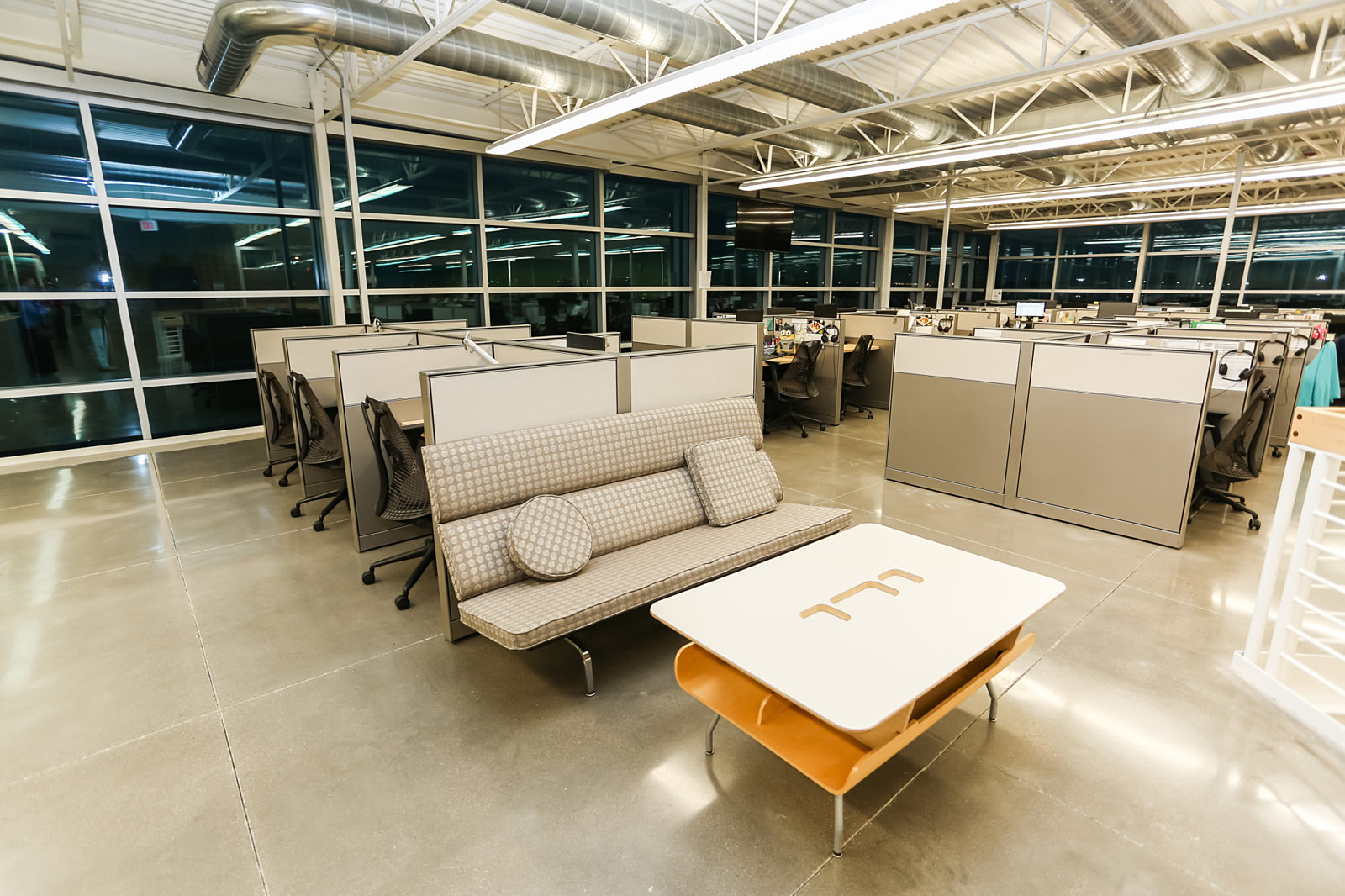 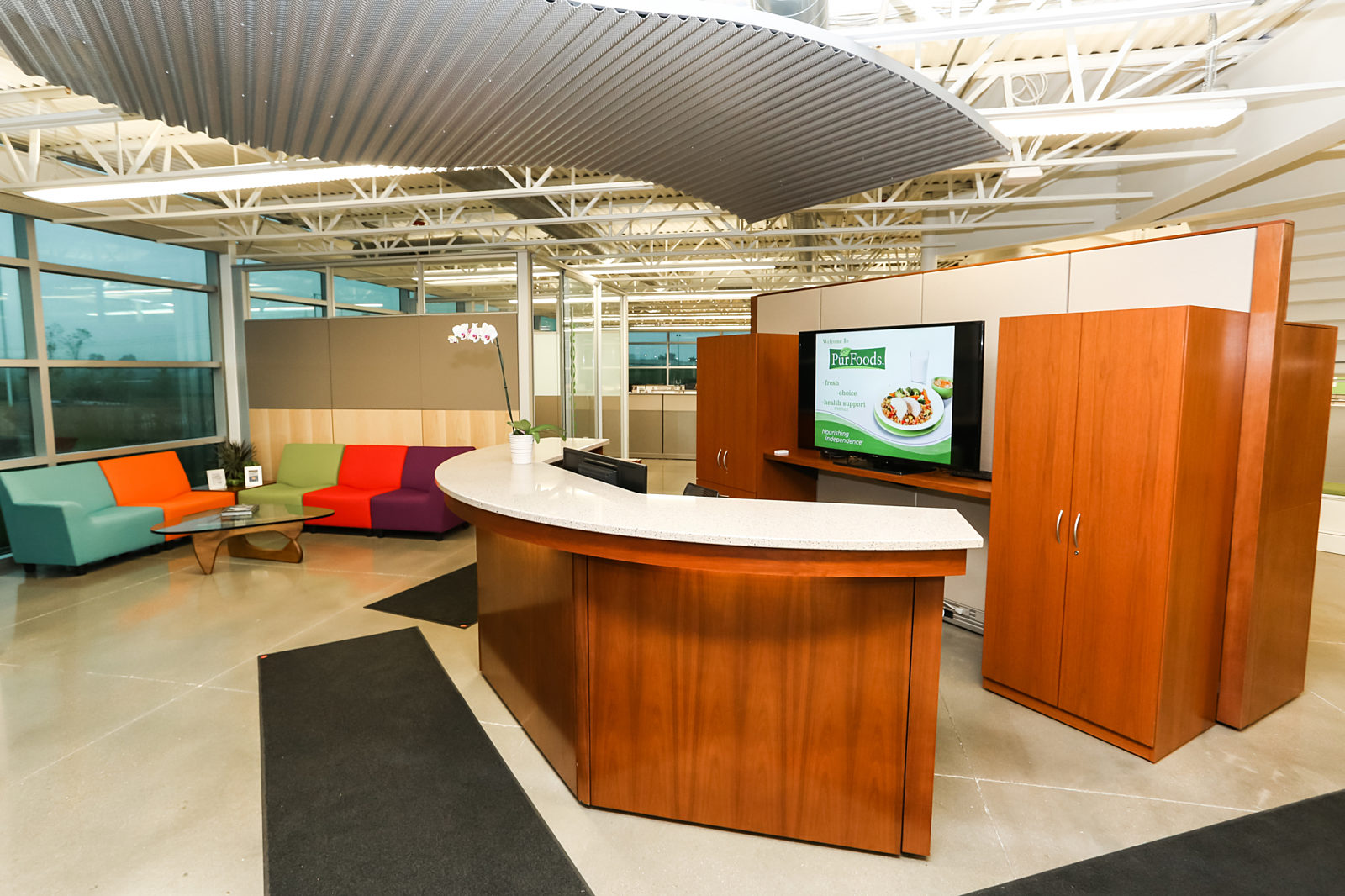 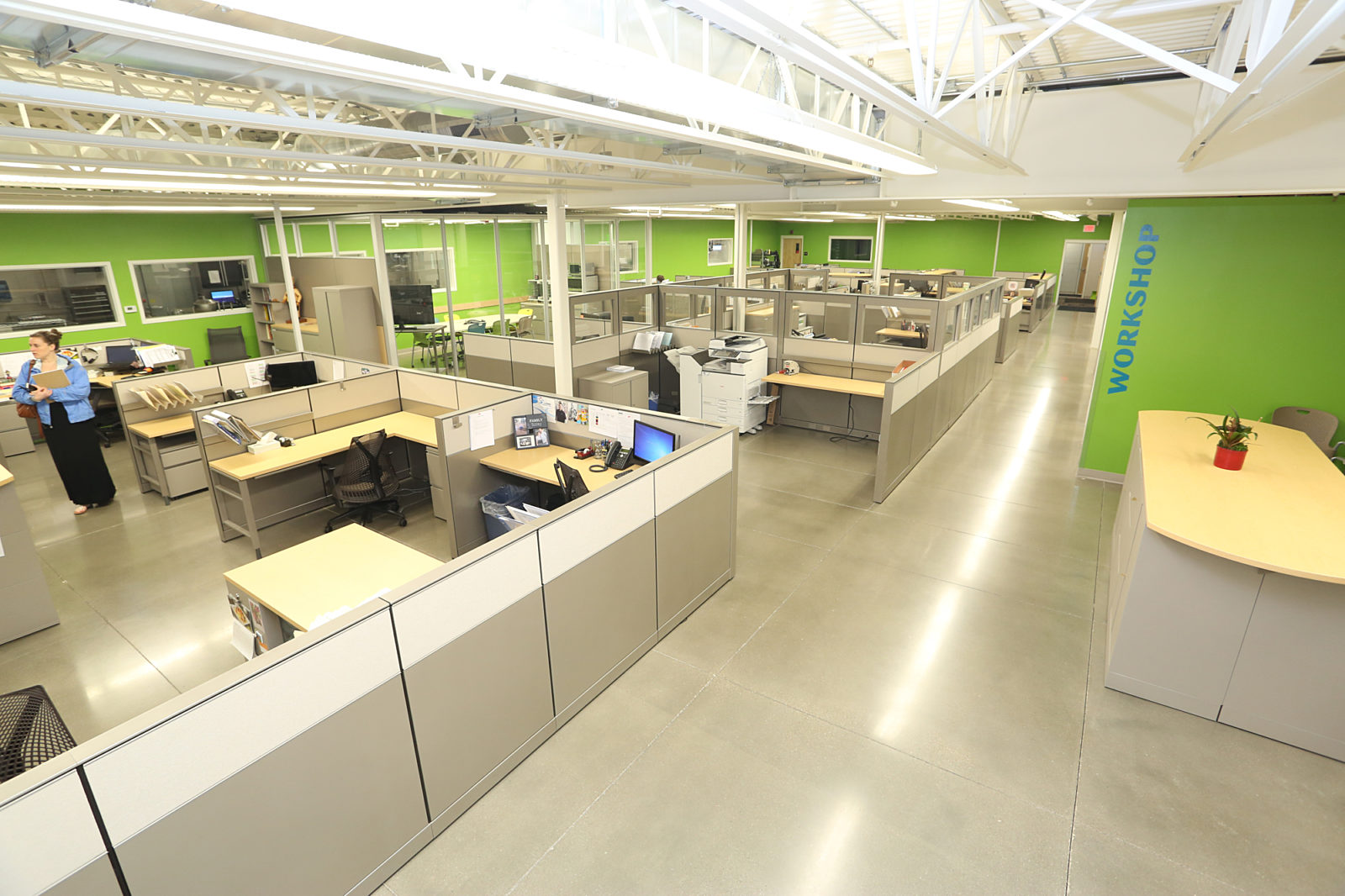 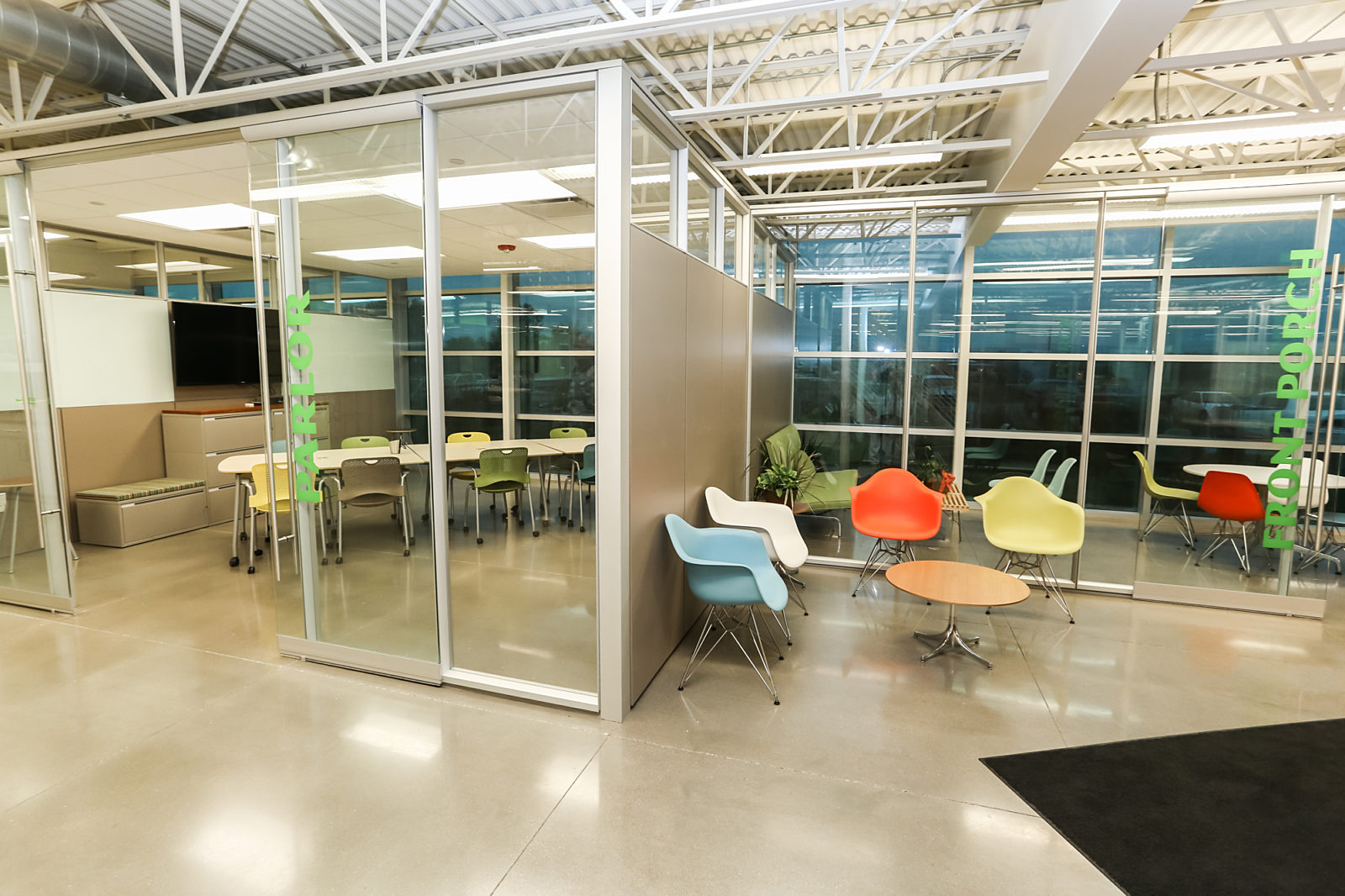 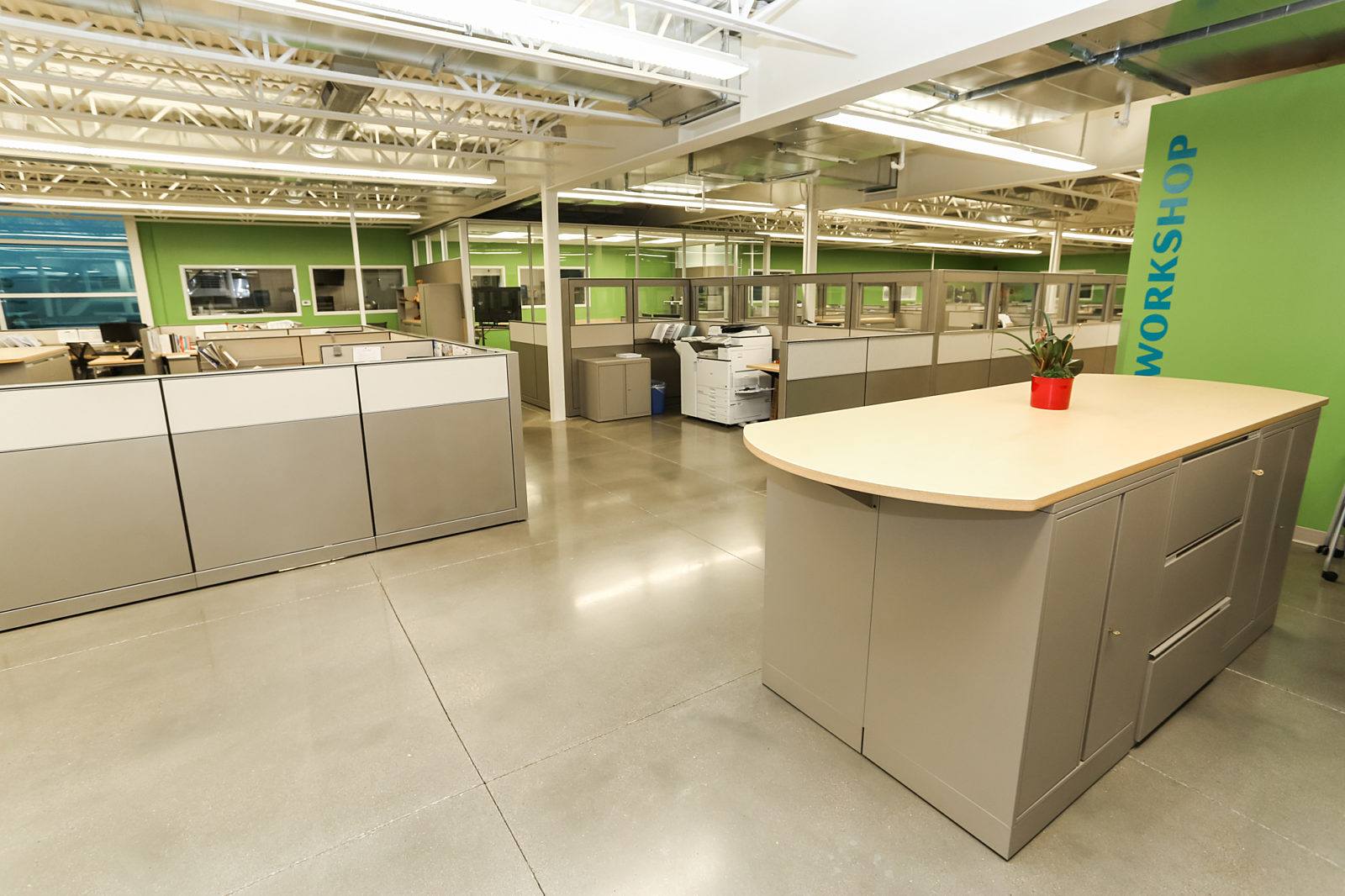 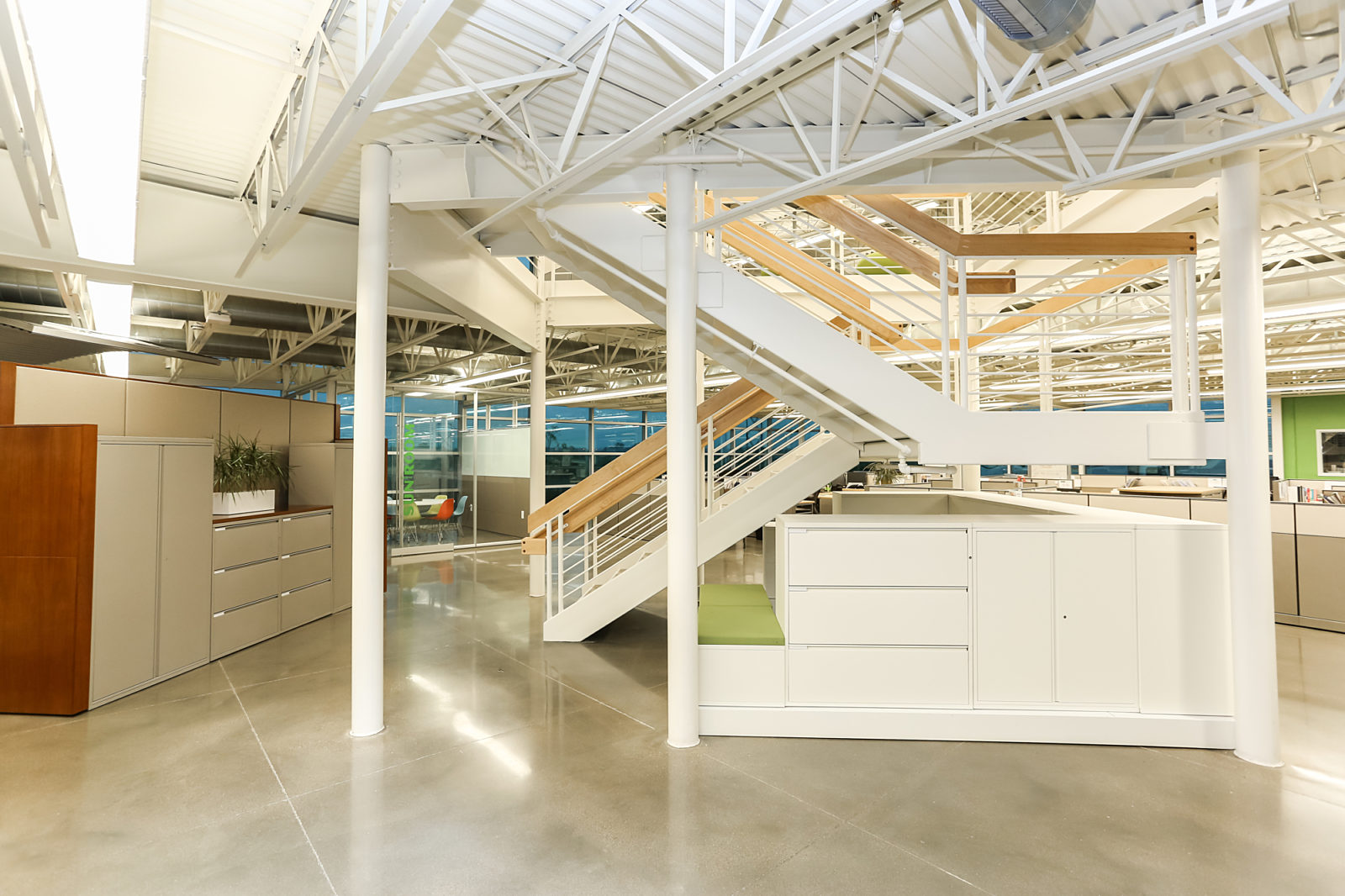 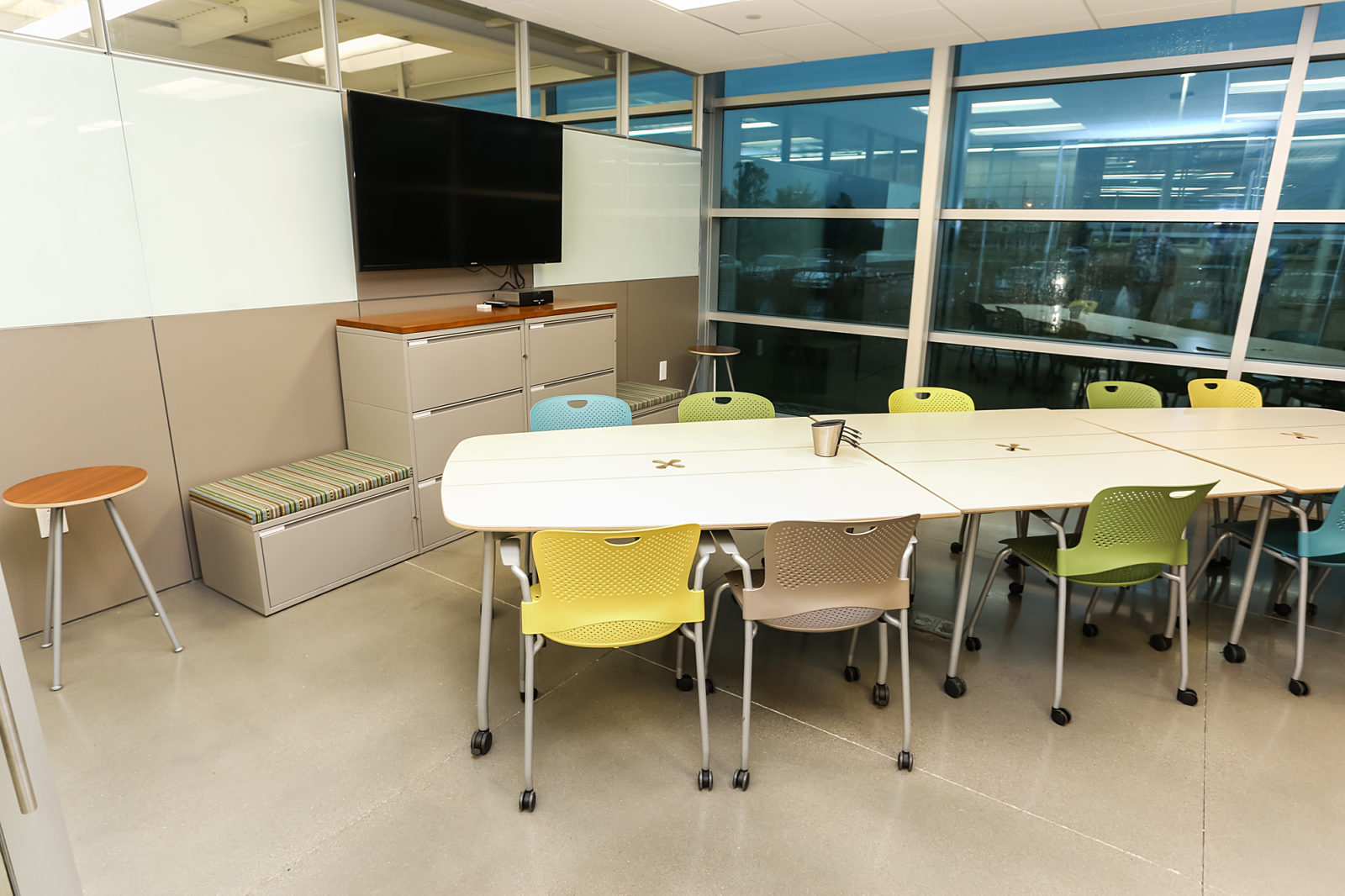 PurFoods is an Ankeny based company that was in need of a single headquarters facility to replace three leased spaces. They wanted to maintain their entrepreneurial spirit in an owned facility that provided a higher level of professionalism while representing their brand and culture. The new facility would be home to office, fulfillment and warehouse workers and a key goal was to increase understanding and appreciation of each group’s contribution to the success of the organization.

In order to better understand the needs of this new space, Herman Miller’s Performance Environments Team led a visioning session with employee participation to set strategic direction and identify project goals. The visioning session revealed that collaborative work was becoming increasingly important to the company’s growth and prosperity. Another goal was to improve the employee experience within the space. President & CEO Rick Anderson shared that he wanted to “take good care of the people who take great care of our clients.” While these goals were addressed by the Pigott design team, the Iowa State University College of Design used the headquarters facility as their Senior Interior Design Office Studio project. This collaboration provided inspiration for the facility as well as real world design experience for the students through direct interaction with the PurFoods leadership team and Pigott designer staff.

After identifying the challenges, the Pigott design team was able to utilize Herman Miller’s Living Office principles by implementing smaller workstations that were more efficient and allotted more square footage to be used for group and community spaces. The facility was intended to be transparent, open, and pure. Workstations were designed based on the unique work activities of each group rather than hierarchy. The only semi-private office in the facility is occupied by Anderson, who makes the space available to others for meetings as needed. Transparency continued through to the research and development team which was centralized in the heart of the facility and allowed high visibility into their test kitchen where meals are developed. Letters from clients and their families are proudly displayed in The Commons where employees are reminded that the meals they provide help clients live longer, healthier, more independent lives.

In building a new facility it was critical to think about future growth and existing furniture standards. PurFoods had begun purchasing Herman Miller’s Canvas product 2 years prior to their move. Through thoughtful design at the beginning of their relationship with Pigott, they and were able to move and reuse 100% of their Herman Miller product in their new headquarters facility. Beyond the flexibility of an efficient kit of parts in the furniture design, it was important to have flexibility within the walls. PurFoods utilized the high end aesthetic and functionality available in DIRTT architectural walls that would allow for future growth and technology integration without damaging the base building.

The building was completed in just 9 months from groundbreaking to move-in, and DIRTT walls were installed in less than a week to reduce the time of occupancy. Pigott, Herman Miller, & DIRTT played integral roles in the success of this space allowing for an innovative facility that will suite PurFood’s needs for the foreseeable future and beyond.